Do you find our website user friendly?
Yes   No 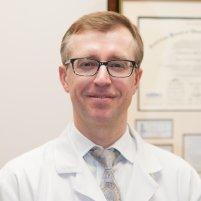 Abnormal uterine bleeding is a common problem for many women, and a wide range of factors can cause it. Dr. Yuri Prikoupenko, who specializes in women's health services and gynecology in Rockville, Maryland, offers comprehensive evaluation and treatment for women experiencing abnormal uterine bleeding. He and his outstanding medical team are dedicated to patient safety and excellent medical care. They can help you overcome this serious medical condition and prevent further complications that may jeopardize your health. Call or use the online booking tool to make an appointment.

What are signs of abnormal uterine bleeding?

The following types of uterine bleeding may be considered abnormal:

Abnormal uterine bleeding may be caused by many factors that can only be determined by an experienced women's health specialist. The most common causes include:

Problems with the uterus

Fibroids: Growths on the inside of the uterus that can vary in size and intensity. Many women who suffer from fibroids do not experience any symptoms right away; however, depending on the size and location of the fibroids, some patients may experience a range of complications, including abnormal bleeding.

Polyps: Also known as endometrial polyps, they are growths along the lining of the uterus. Although very common, polyps often lead to abnormal bleeding and are caused by ovulation problems or some types of estrogen hormone therapy.

To diagnose abnormal uterine bleeding, Dr. Yuri examines your medical history, stress levels, as well as eating and exercise habits. Based on your symptoms, further diagnosis may require the following:

Treatment of abnormal uterine bleeding depends on the cause of the condition. Dr. Yuri is well-versed in numerous modalities, including: